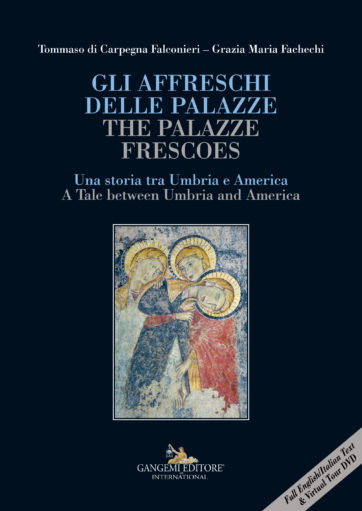 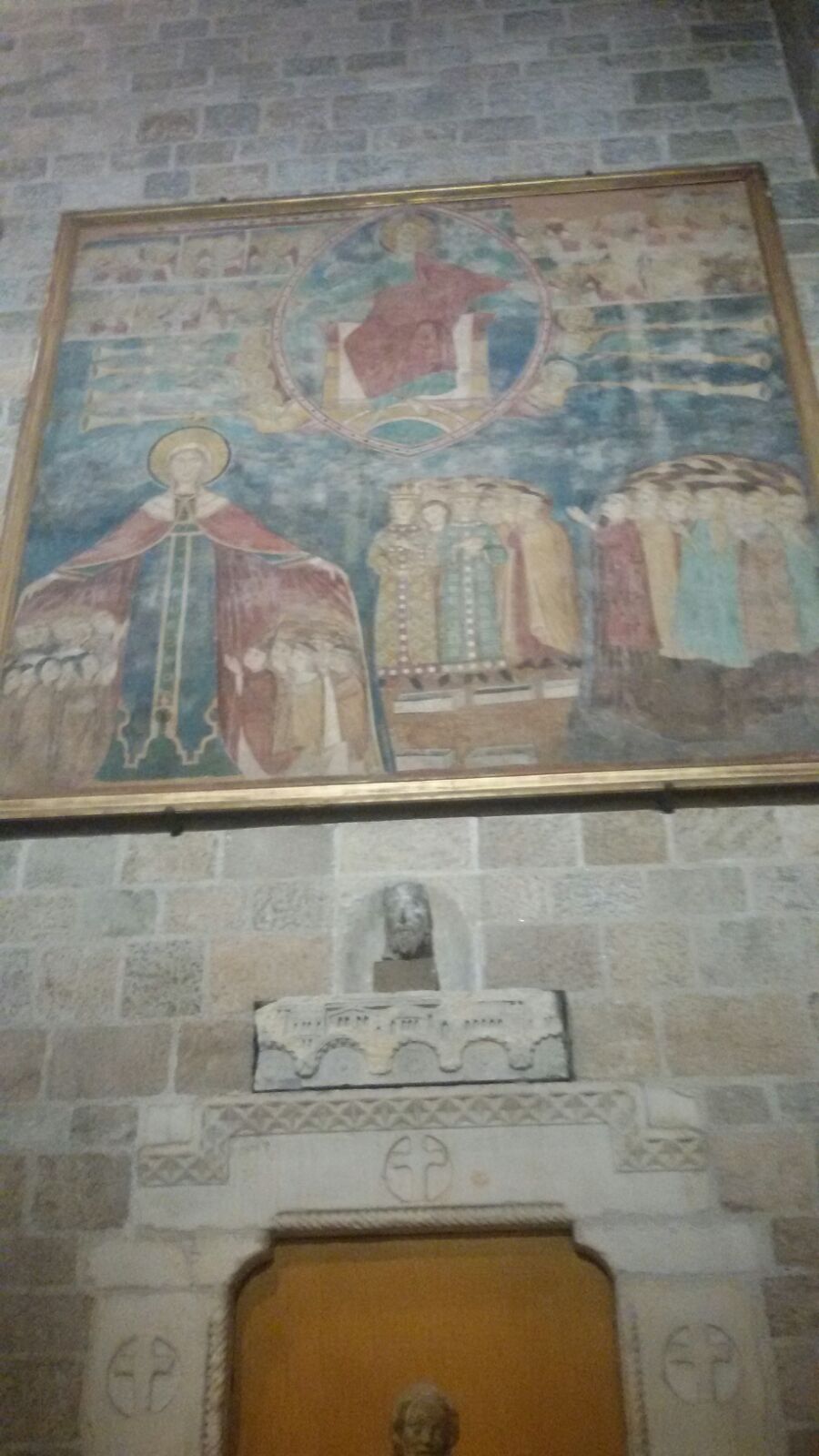 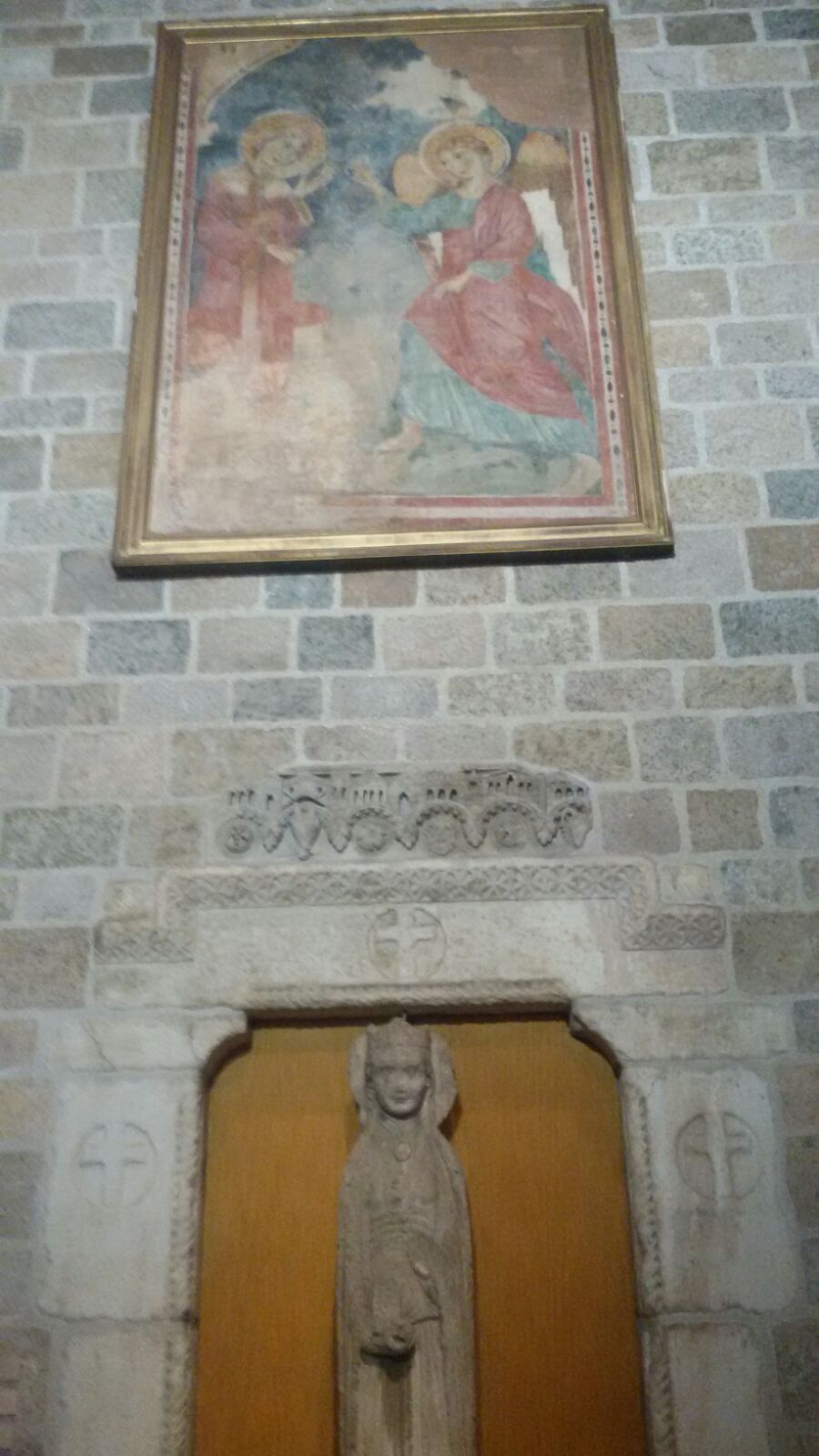 The Romeyne Robert and Uguccione Sorbello Foundation has organized a series of meetings at different US academic institutions and museums presenting the findings of the newly published book, “Gli Affreschi delle Palazze − the Palazze Frescoes. Una storia fra Umbria e America. A Tale between Umbria and America” (Rome: Gangemi, 2017).

The book, edited by professors Tommaso Di Carpegna Falconieri and Grazia Maria Fachechi, both from the University of Urbino in Italy, offers the first integral reading and reconstruction of one of the most important cycles in Central Italy, previous to the great works of Giotto.
The frescoes were originally painted, at the very end of the 13th century, on the walls of the ancient monastery of the Clarissan monks of Santa Maria Inter Angelos, known as Le Palazze, near the town of Spoleto, in Umbria.
In the 1920s the frescoes were detached, removed and purchased by five American museums from the East Coast:

Portions of the fresco cycle may also be viewed at the Museo del Ducato in Spoleto, while some of the larger and more important frescoes are on display by the American museums, in particular at Worcester Art Museum and Glencairn Museum.

The bilingual book is richly illustrated with essays by scholars from both the US and Italy. It contains a DVD that offers the reader a virtual tour of the cycle in its original site, on the walls of the convent, thus virtually reuniting what has been dispersed and at the same time advancing a fuller understanding of the cycle’s artistic context.

Between October 24 and October 27, a number of scholars, members of the Foundation’s Board, as well as the editors and authors of the book took part in a number of panel discussions and presentations. The meetings were attended by professionals of the museum world, scholars and teachers as well as by a great number of students and friends of the museums and lovers of Italian and Medieval art. All events were chaired by Professor Michael Chiariello from St. Bonaventure University, as Board Member of the Romeyne Robert and Uguccione Sorbello Foundation.

The first event took place on October 24 at the College of Holy Cross under the auspices of Professor Virginia Raguin, Distinguished Professor of Humanities
Art History Division Head in Department of Visual Arts.
The lead researchers, Prof. Di Carpegna and Fachechi, presented new evidence on the frescoes while Dr. Kline from Temple University discussed the more recent history of the Frescoes in America. Attending the meeting was also professor of Art History and Architecture, Joseph Connors from Harvard University and Dr. Danielle Carrabino, Associate Research Curator at Harvard Art Museums, which hold an important fragment of the cycle.

The following day another event took place in the Worcester Art Museum, where the public convened in front of the majestic fragment of the Last Supper, the artistic and symbolic meaning of which was illustrated by Professor Fachechi.

On October 27 a full scholarly presentation of the book was held at Temple University, under the auspices of Dr. Jonathan Kline, a Professor at the Tyler School of Art and one of the one of the main contributors to the book.
In front of a numerous audience filling the Kiva Auditorium in the Ritter Hall, the presentations by Tommaso Di Carpegna and Grazia Fachechi touched on aspects of the religious history of the Middle Ages, in particular of the Franciscan and Clarissan Movement, as well as on the iconography of certain scenes from the frescoes and their religious significance. The important topic of why and how American collectors in the early 20th century were convinced to acquire part of the fragments was developed by Prof Kline.

The final event of the tour took place in the evening of October 27 at the Glencairn Museum in Bryn Athyn, Pa, in front of two of the most beautiful fragments of the cycle, The Annunciation and The Last Coming, hanging on the high walls of the Entrance Hall. Staff of the Museum, friends and trustees were present in the audience, together with professors from Bryn Athyn College of the New Church and other friends of the Foundation.
The researchers presented their findings on the artistic meaning of the fresco fragments of the Glencairn collection, particularly the awe inspiring Second Coming, also linking them to the tastes and personality of Raymond Pitcairn, the founder. There were brief speeches by the President of the Sorbello Foundation, Professor Ruggero Ranieri and by Helen Giberson, member of the Foundation’s Board, who took a particular interest in organizing and sponsoring the events in Philadelphia. The evening terminated with a buffet and a small fund raising event.

The tour organized by Foundation, in prof. Ruggero Ranieri’s words, “was a great success and falls into the Foundation’s mission, which is to build bridges in the art and humanities between the US and Italy”.

The Foundation is pleased to collaborate on this project with the following institutions: 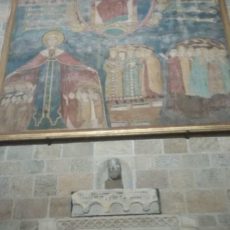 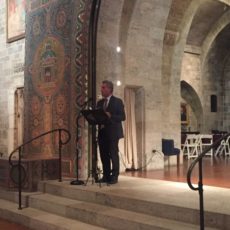 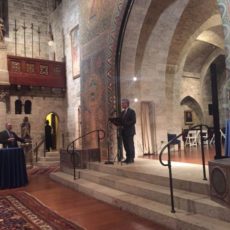 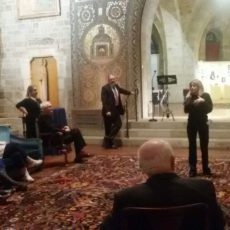 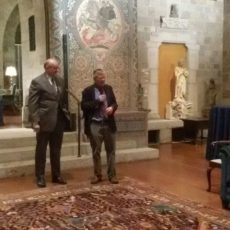 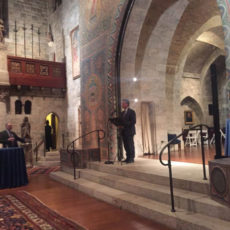 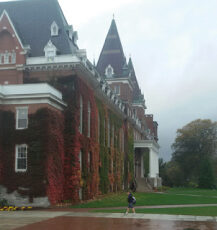 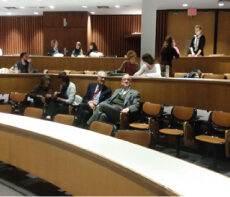 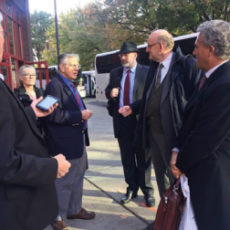 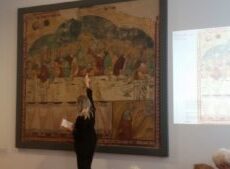 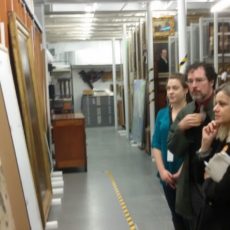 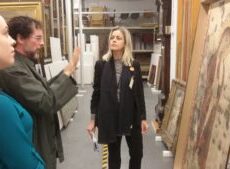 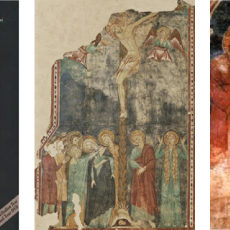 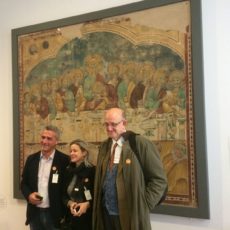 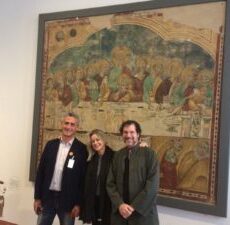 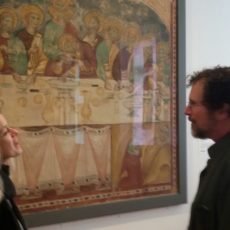